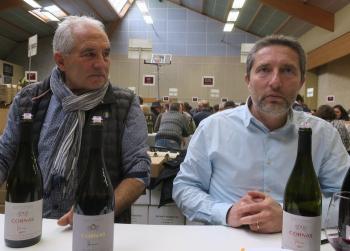 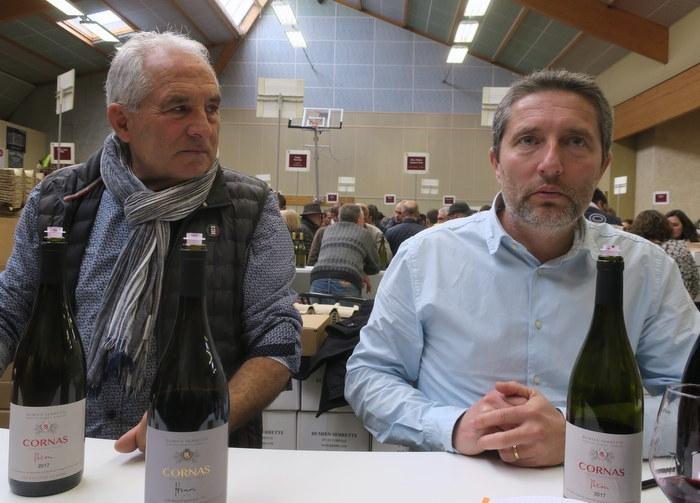 LVT 2018 r Nicolas Serrette returns, as many good Cornasiens do, after another career. Raise the flags! Nicolas, born in 1971, left his IT job at Trigano to run the domaine from 1 January, 2013. It remains at 1.8 hectares for the Cornas. This is a source of good, unpretentious, largely traditional Cornas from the southern zone. This means it is a softer wine than those from the north and carries less intensity of flavour than those from the prime central vineyards. However, the fruit is bright, and under Nicolas expect more flair in the wines. It is very consistent from one year to the next, and is always good VALUE. Some vintages show definite STGT characteristics - 2015 an excellent ***** example, and the ****(*) 2017 also, with VALUE, too. In 2006, half the crop was destemmed, in 2007 80%, as an oenologue adviser was hired - Jean-Etienne Guibert, who also looks after the Durand brothers and Stéphan Chaboud.

In 2013 a new wine, from 1913 Syrah on Patou, was introduced, its name simply Henri. There are two casks each year; this shows more cellar intervention than the Patou, and more oaking. It is 40% more expensive than the Patou. 0.15 hectare of Marsanne was planted on Gachet at Saint-Péray in 2018.