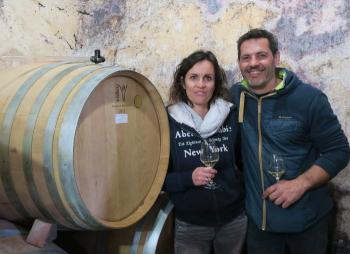 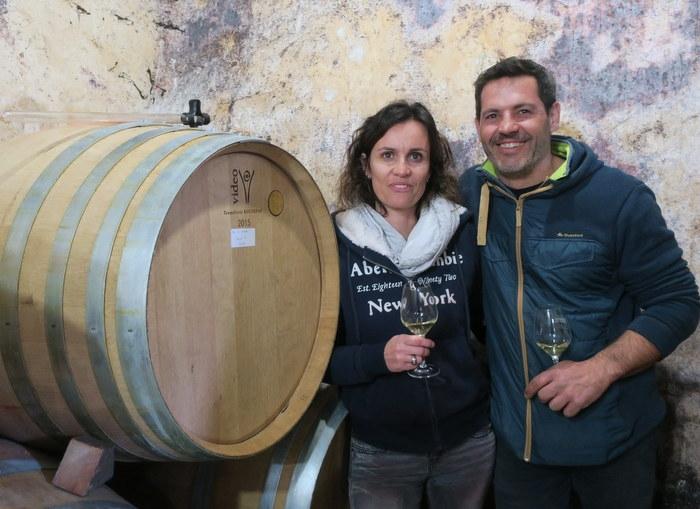 LVT 2019 r 2018 wh The family grouping – called GAEC in French - exploded in 2003, and Johann's father Jean-Luc remained with 2.45 hectares, the produce of which is sold to négociants including Tardieu Laurent. His sister Chrystelle went off to do other things, and in the early 2010s returned to Cornas to start her own domaine. Johann is very motivated, and is doing well, coming up with wines that have great purity of fruit. He attributes increased finesse and freshness to the working of the vineyard soils since around 2015. He gives his own wines very accurate appraisals, which I like and respect.

The style is modern, nearly New Wave. From 2018 he has included 20% of the stems in his classic Cornas; the special Jana, taken from 2000 Syrah on Chaillot, was supplemented from 2016 with 50% Syrah from 2000-early 2010s Syrah on the sandy, South facing soils of Les Côtes; it has been a whole bunch wine since its first year of 2005. The 2018 was an excellent ****(*) wine of great fineness and high potential. In 2016 Johann introduced a third Cornas called Mère Michel from massale cuttings of Serine off the 1947 Yves Cuilleron vineyard at Chavanay. There are two Saint-Pérays, both elegant, and, from 2016, a Saint-Joseph red from the southernmost commune of Saint-Joseph, off the limestone of Guilherand. There is also a handy Vin de Table Syrah from the plain at Cornas.

“I normally pick the Grain Doré Vin de Table crop that is mainly Chardonnay, plus Viognier, in early August, but in 2009 I picked it in early September at 15.5°.”
Johann Michel

“I have a new vat system for my Saint-Péray since 2009.”
Johann Michel

“I like 2018 Cornas well; the tannins are quite supple, there is attractive fruit and a belle complexity. It’s a bit like 2016 with more depth. 2017 is on alcohol, is tannic, without the exuberance of 2015.”
Johann Michel

“We started to work the soils around 2015, and have lower yields. This has brought more fresh, more clear aromas, the vineyard is less stressed, and there is a gain in finesse, elegance. We do two to three vineyard workings – March, July, one in November.”
Johann Michel