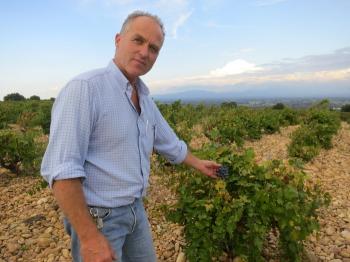 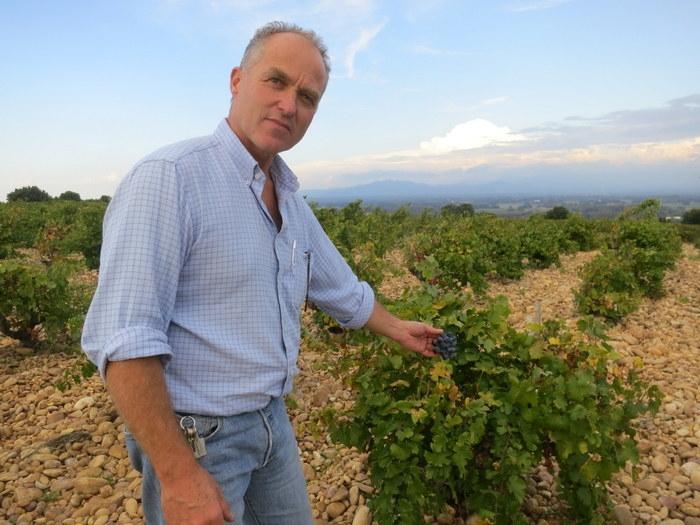 LVT 2019 r 2019 wh 2018 rosé  Top end Châteauneuf-du-Pape, longstanding quality. The whites are rich - the Châteauneuf La Crau 2015 blanc being a true southern imprint ****(*) wine, for example, the 2016 a ***** wine, both the 2018 and the 2019  *****(*) STGT wines, bundles of garrigue connotations and innate strength in a well packaged ensemble. Its axis of Grenache blanc and Clairette blanche gives its true foundation, allied to the imprint of the galet stone soils on La Crau. It lives very well, too, a good 20 years.

The red Châteauneuf-du-Pape La Crau requires a long time to come round in a big vintage such as 2016, when it was a ****(*). The 2017 was also a ****(*) wine, perhaps indicating a revival - since it hasn't been running to its most impressive levels in recent years, however, since it used to be one of the top three or four wines here. The 2019, a ***** STGT wine, was rich, concentrated, beautifully persistent. I find fruit purity is gaining as we enter the 2020s.

The Bruniers also own Domaine La Roquète at Châteauneuf, Domaine Les Pallières at Gigondas (with Kermit Lynch) and have interests in Lebanon, at the Massaya vineyard. Since the 2010 vintage, La Roquète has been dropped as a named source of red wine, its 25.5 hectares of fruit now going into the second estate wine, Télégramme, and a new Vieux Télégraphe cuvée, Piedlong et Pignan from sandy soils, which is most refined, both the 2017 and 2019 ***** wines, based on pure, perfumed content, a real good sense of place. One white, Clos La Roquète blanc, continues to be made from a sandy 3 hectare plot, and this was an STGT wine in both 2016 and 2017. It always displays finesse.

Among the lesser wines, the Vin de pays de Vaucluse Le Pigeoulet is good in both red and white, the latter a striking **** wine in 2018, carrying garrigue virtues, for la table. The Le Pigeoulet red gives great drinking, and, since 2011, there has been a full red Ventoux, Mégaphone, which was a **** winner in 2016.

“It takes a good long time for an assemblage to marry, so we start at harvest time with our mixed variety vats, co-fermenting them.”
Frédéric Brunier

“The idea behind L’Hippolyte was to make the wine in a traditional way.”
Daniel Brunier

“An aroma of menthol is very typical of red Vieux Télégraphe.”
Sylvie Brunier

“I didn’t like the end bitterness in our whites – they finished heavily, which one thought came from the grapes being too ripe, since we picked too late. We therefore chose 60-70% oak and the rest in vat for freshness – but it was a mistake to think the vat brought freshness. Maybe analytically there was acidity, such as volatile acidity, but there wasn`t freshness on the palate, on the finish for instance – in fact, we lost freshness. So we have reduced the vat raising.” June 2010
Daniel Brunier

"The 2018 Châteauneuf white is better than 2016; 2017 has a certain classic droiteur (a straight down the line delivery), and is ahead of 2018, which is more summery. I like the relative strictness of 2017.”
Daniel Brunier