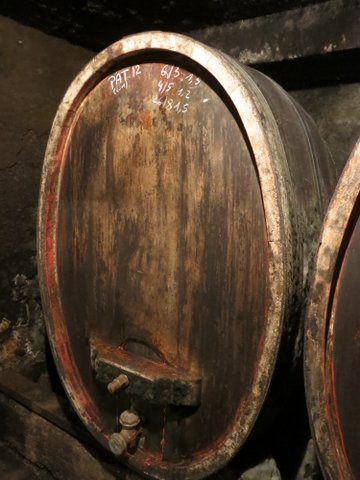 A 12 HL BARREL CHEZ DOMAINE CLAPE, THE KINGS OF CORNAS. THEIR SYRAH VINES FROM THE SOUTHERN SITE OF PATOU DATE FROM 1989 AND 1999, AND ARE STILL CONSIDERED AS YOUNG VINES BY THE FAMILY. HENCE THE WINE GOES INTO THE RENAISSANCE CORNAS. PATOU’S STYLE IS OPEN, RICH AND ELEGANT

One of the knock-on effects of the very late 2013 harvest was that domaines could not be visited in October, 2013, for assessment of their 2012s. They were too busy harvesting and vinifying. Hence the news from the front emerges later than usual this year.

We start with a look at the RED and WHITE 2012 VIN DE PAYS and CÔTES DU RHÔNES from domaines that were visited in the short time before mid-December, followed by the story of 2012 CÔTE-RÔTIE.