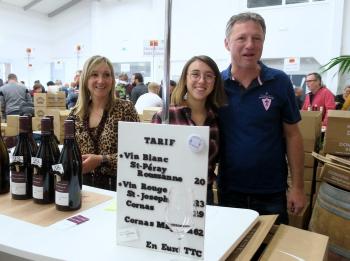 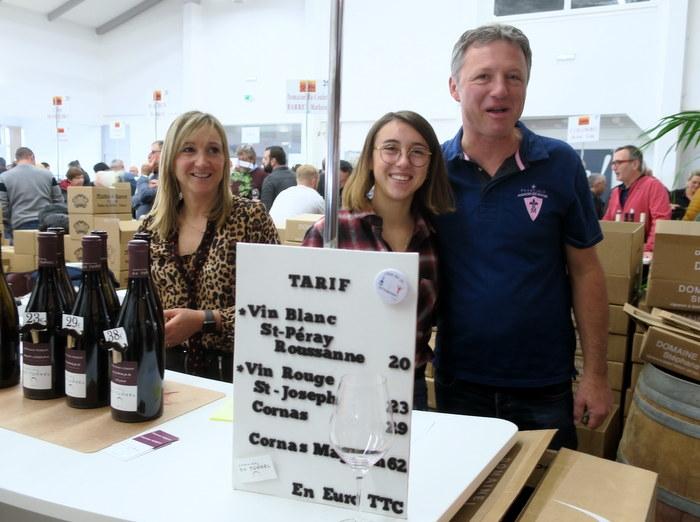 LVT 2018 r 2018 wh A domaine of undoubted promise that has turned into undoubted achievement, with some STGT leanings in the wines. The whites are particularly good. A new cellar in 2014 gave definite impulse to the domaine and tightened the care and control of the wines.

The wines come in an elegant fashion, with genuine textures and an emphasis on pleasure in the drinking. The Saint-Pérays - four of them - are agreeable both on their own and with food, although some New Wave tendencies have been noted during the 2010s. The Saint-Péray Roussanne was the top 2015 at ****(*), a muscled wine, and a **** wine that defied heat in 2018. The Saint-Péray Prestige [80% very old Marsanne, 20% recent Roussanne] was a stylish, classy ****(*) wine, a delight, in 2016, 2017 and 2018. I consider it a good VALUE buy. The 2016 Saint-Péray Marsanne was a suave, restrained **** wine. There is a Condrieu now, following a vineyard swap with Stéphane Montez of Domaine du Monteillet. on the prized lieu-dit of Chanson at Chavanay.

The regular Cornas became lighter and more modern since the early 2010s, while the Vin Noir is best to drink from three to four years on. The St-Joseph red is a soft wine, accessible early on. Rental agreements mean that Stéphane Robert now has access to old vineyards, boosting the set of young vines that he has laboured hard to plant since his arrival at St-Péray in 1993-94.

"I like to vinify my St-Péray plot by plot, and only assemble the different wines before bottling."
Stéphane Robert

“The aim with the Cornas Pur Noir was for more finesse than the Vin Noir – it is from high up on the Coteau de Combe – a small Louis Sozet vineyard – and the hill part of Eygas.”
Stéphane Robert