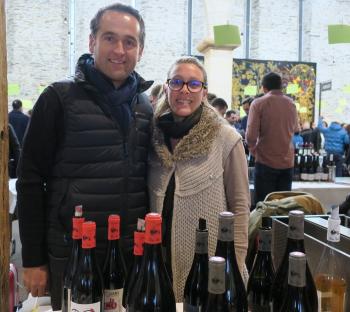 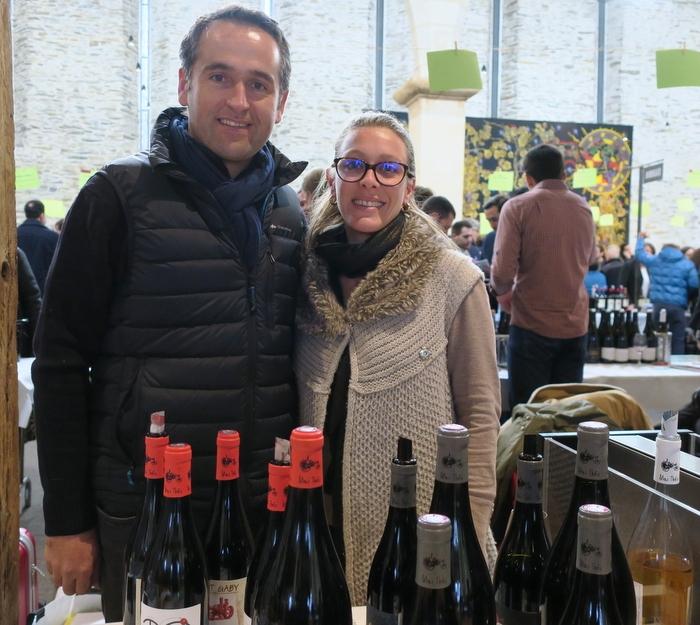 LVT 2017 r 2017 wh  Laurent is the fourth generation, his great-grandfather rearing sheep, his grandfather Louis working vineyards at Roussas. His parents planted more vineyards at Roussas, and sold the crop to the Co-operative La Suzienne. His father’s approach was not at all organic. Laurent has been on the domaine, making the wine, since 2004. It has been organic since 2004, biodynamic since 2011. In 2012 Laurent bought vines at Saint Restitut, where his mother Mireille’s family also owned vineyards. There are now 20 ha at Roussas and 13 ha at Saint Restitut, along with 20 hectares given to hay production for the cattle of a neighbour – there is a swap of hay for the compost that is applied to his vineyards. Half the wine is sold as Grignan, half as Vin de France. There is good purity in the fruit. I favour the steel vat raised wines over the oaked wines. It's a prominent address at Grignan.

“I have changed the vinification in the mid-2010s, with a lower maximum temperature - down from 28°-30°C to 24°C. That has resulted in more fruity wines with less aggressive notes. I’ve also stopped rack and return or part vat emptying & refilling – that was extracting too much.”
Laurent Clapier

“For whites, my style of wine is the Loire, since there’s tension in them. I’d like to bring freshness and minerality to my wines, so it travels more directly on its aromatic side.”
Laurent Clapier

“For reds, the base is fruit. The challenge is to obtain complexity but a fruited presence also. The best bottle is the one finished at the end of the meal.”
Laurent Clapier