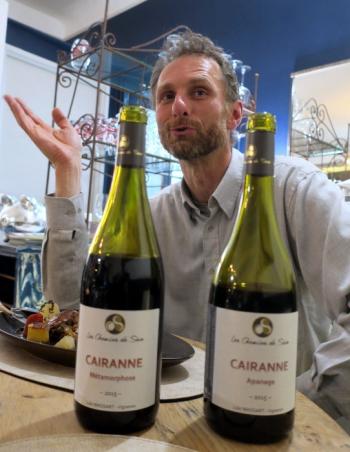 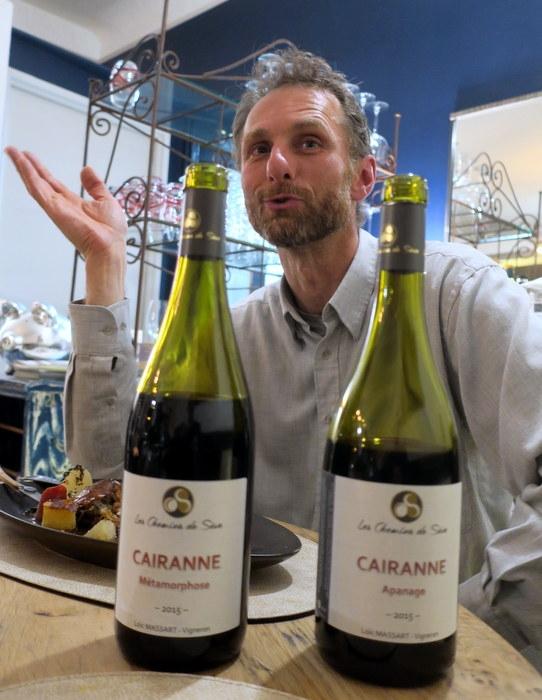 LVT  2017 r  2018 wh  2015 rosé  The first vintage was 2014. Loïc had a change of career, having been an industrial engineer until 2011. In 2012 he did studies at Tain l’Hermitage, and also worked in the Ardèche. He sought land in 2013, the first target Ventoux, then settled on Cairanne where he bought 8 hectares planted, which he augmented in 2016 with the plantation of another one hectare from two Co-operateurs at the Cave de Cairanne. He works organically. His cellar was built in 2014. There was immediate promise on the white and the rosé, while the Apanage Cairanne 2014, a ***(*), had a genuine hand made feel to it, good density for the vintage, its 2016 version juicy and entertaining, a ****(*) wine

“The spark for my becoming a vigneron was when I read an article in the monthly magazine Le Capital in 2004, which covered how four different people from activities such as human resources had converted their careers and become vignerons. I thought to myself: “I could do that, too.”
Loïc Massart

“The fruit on Apanage is a bit richer than on the Tradition Cairanne.”
Loïc Massart

"In the first year of working with casks from Château d'Yquem for my white Cairanne Opale, I used two casks, not one, and slightly regretted that because the wine was a bit on its oak. I now use just the one every year, which serves to polish and civilise the wines - that quality oak softens the tannins of the wood, more than having an impact on the wine, and ends up providing a form of gras richness."
Loïc Massart