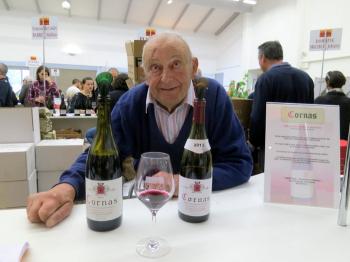 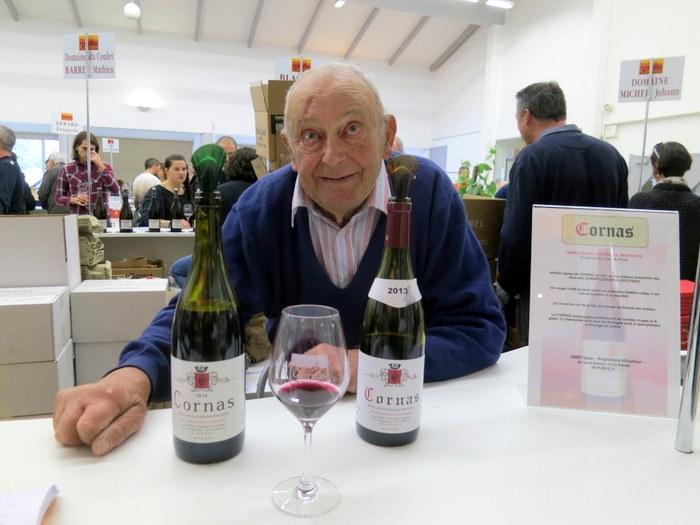 LVT 2016 r Louis Sozet sadly died in 2019, at the age of 83. His great grandfather lived in Cornas, but it took the family time to achieve vineyard ownership. Louis started in 1958 after the sudden death of his father Jean. This is traditional, true Cornas whose filling is no doubt helped by fruit from some 1919 Syrah - it is country wine from another era. Part of the vineyard is let out to, among others, Stéphane Robert of the Domaine du Tunnel. The harvest has been recently sold to merchants such as Chapoutier. In 2014 400 bottles were produced. Louis' brother Bernard who lives in Lyon has been giving a helping hand recently.

“I see a lot of planting now, without reason, clearing scrubland. People have to be reasonable. Experiments have always been ill-fated (néfaste), and people should be prudent. There are too many merchants imposing whatever they want in the wrong places.” Feb 2016
Louis Sozet