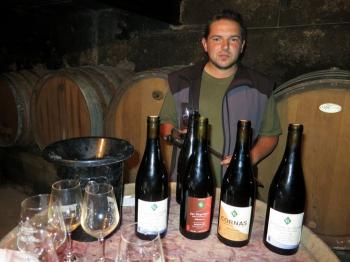 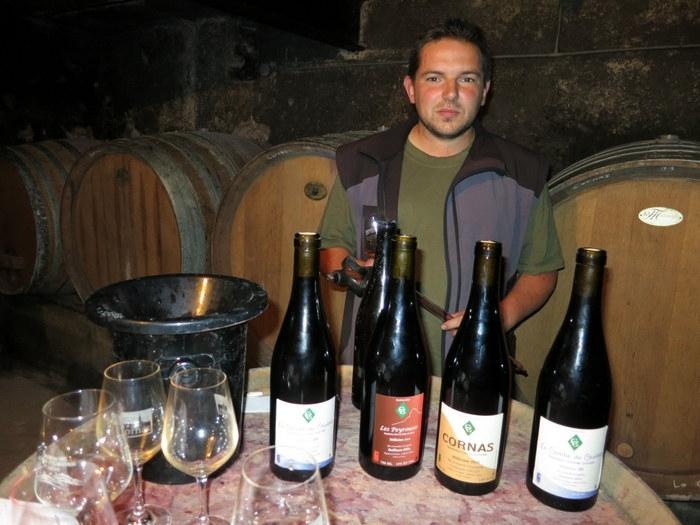 LVT 2019 r  2012 wh  A young man who worked chez Robert Michel and Jean-Louis Chave from 2000 to 2004. He gained an extra two hectares in early 2007, and is now up to 3.5 ha, the main vineyard Chaillot, and has become a leading name at Cornas. His secondary Cornas vineyard is at 400 metres on the white sanded granite on Eyrieux, which gives its own Cornas, a lesser wine more on clear fruit. So far, one hectare has been planted out of two available, but planting rights are not much more than 0.05 hectare a year, thankfully.

The wines are whole bunch fermented, traditional, cleanly made, and good punch lies at their heart. There is also a good Côtes-du-Rhône (until 2017 Vin de France) called Les Peyrouses, which is half 1870s-1900s Syrah - get that! Guillaume also makes a Gamay of character, based on the Gamay de Saint Romain - "more colour, more structure than the classic Gamay", from the Massif Central foothills west of Tournon. Guillaume's cellars are the old Robert Michel venue.

"I seek authenticity which is why I don`t destem. I place more importance on the vineyard than the cellar."
Guillaume Gilles

“I went to whole bunch fermentation on La Combe de Chaillot because I felt the destemmed wine lacked balance, and didn’t do well when in cask. The crops were also so small in 2013 and 2014 that it wasn’t worth destemming their crop.”
Guillaume Gilles