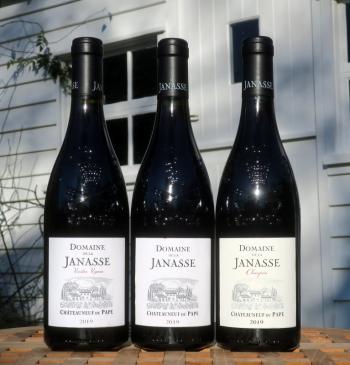 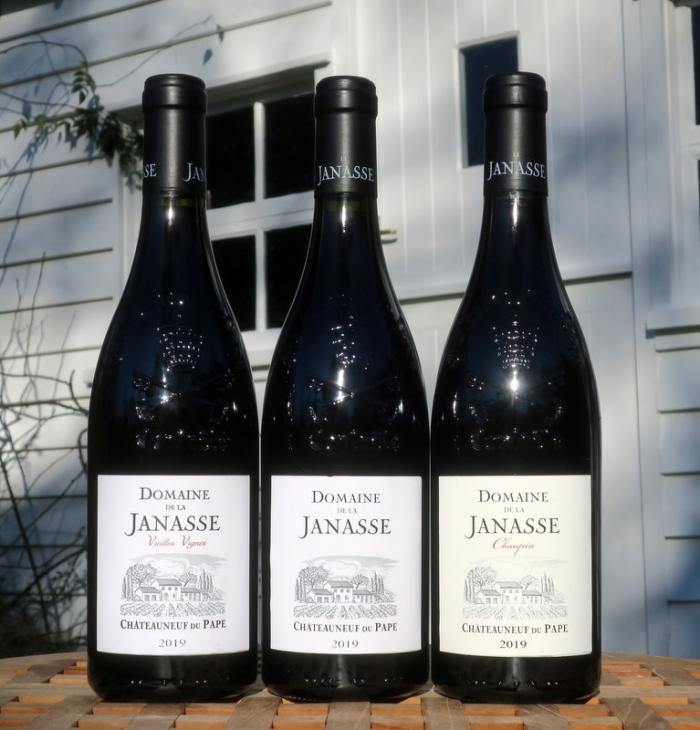 LVT 2019 r 2011 rosé 2019 wh  Top class estate, deep wines, prices now rather high. The vineyards are centred on Courthézon and its sandy soils in the North-East of the appellation. The Châteauneuf reds beyond the Tradition are punchy, can be glamorous, can be powerful.

There are two Châteauneuf whites, the regular half Grenache blanc, oldest vines 1940s, youngest vines 1997, with Clairette and Roussanne; it leans towards traditional in style, is suited to la table, the 2019 ****. The Châteauneuf Prestige white, no more than 1,200 bottles, is a classy, well textured affair, up to 70% Roussanne, malo completed, a proper large glass, table wine suited to the best the sea can offer; the 2019 was a ****(*) wine.

The Côtes du Rhône reds are full of character, from classic garrigue soils and mature vines. The regular Côtes du Rhône red was expressive, STGT wine in 2019 and 2013, for example. There is a full-blooded Villages red called Terre d'Argile as well; it is composed of 25% each Grenache, Syrah, Mourvèdre, 1940s Carignan, can be 33% Grenache, Syrah, Mourvèdre with a little 1940s Carignan, and Christophe Sabon describes it as "oour least Grenache wine" - it is a 15+ year wine rewarding patience. In 2015 the family bought a Côtes du Rhône domaine at Jonquières, the Clos Saint Antonin; this produces Côtes du Rhône and Plan de Dieu Villages reds.

“The red Tradition Châteauneuf is best to taste after 5 to 6 years, the Chaupin after 8 to 9 years, and the Vieilles Vignes at 10+ years old, as a rule.”
Christophe Sabon

“I like to put the wine in its oak very soon after the vat vinification stage, since the wine then has plenty of CO2 in it, and the exchange with the wood is then very good.”
Christophe Sabon

“Some of the 2005s took a year to finish their sugars – for the old Grenache crop you could have 6 gm of sugar left at 15.5 for instance.”
Isabelle Sabon

“I like to pick the white grapes late – Clairette can be picked in October. In the extreme heat of 2003, I got on with picking the whites early – the end of August, although I left the Clairette until 15-20 September. There was less Roussanne in 2003 because of the extreme heat - 20% - and more Clairette – 40%.”
Christophe Sabon

“There wasn’t a lot of degree with 2013 – the Grenache was at 13.9° or so. There is a combination of good acidities, balance and attractive tannins. It reminds me of 1999, which gained as it evolved. 2012 is more a vintage of charm.”
Christophe Sabon