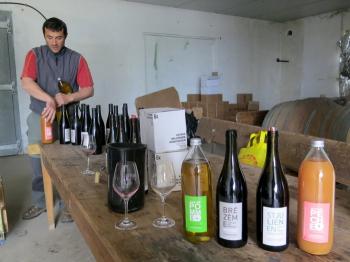 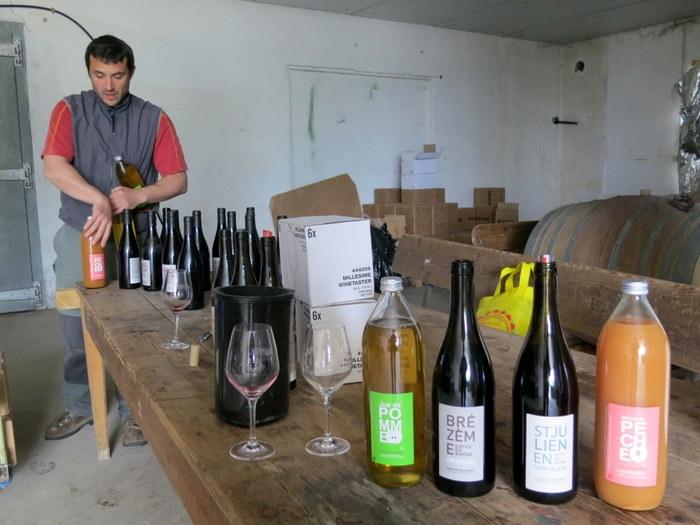 LVT 2014 r Lower Drôme Brézème, pure Syrah wines. An impressive newcomer. Born in Orange, Charles Helfenbein started from zero – his parents had no vineyards. After a bts diploma from Champagne between 2000 and 2002, he studied viticulture at the Lycée of Orange; between 2004 and 2008, he “circulated in France”, spending time in Alsace to learn about white wine, Provence to learn about rosé and the Rhône for red wines – Colombo, Delas and Dard & Ribo. He rented his first vines in time for the 2007 vintage – 4 hectares of Brézème that had been providing crop to the Cave Co-operative de la Valdaine at St Gervais sur Roubion in the lower Drôme.

He has bought his own cellar and equipment for the time being. St Julien en Saint Alban in the Ardèche has 60 hectares of vineyards that are allowed to produce Côtes du Rhône, whose crop has previously been sold as bulk wine to the likes of Delas, Alain Voge and Paul Jaboulet Aîné. Helfenbein has purchased crop from St Julien en St Alban, while Eric Téxier is now an owner of vineyards there. Moved to a larger cellar in 2014. Marsanne and Roussanne are being planted in 2015-16.

“I worked in Alsace chez René Muré – he was my spark to get going in the cellar. For the vineyard, my spark was François Ribo at Crozes-Hermitage.”
Charles Helfenbein

“The oldest vines dated from the mid-1990s, the youngest from 2003, which I planted, but I am having to take out the older vines since they are in poor shape.”
Charles Helfenbein

“I vary the duration of my ageing according to the style of the vintage. For Origine and Originale, it can run from 18 to 24 months.”
Charles Helfenbein

“I like keeping wines with good robust style; but I also like a supple nature, and good length. My wines can live for ten years.”
Charles Helfenbein

“St Julien en Saint Alban is the crossroads between the Vivarais and the Massif Central – there is limestone at the foot of the slopes, granite above.”
Charles Helfenbein