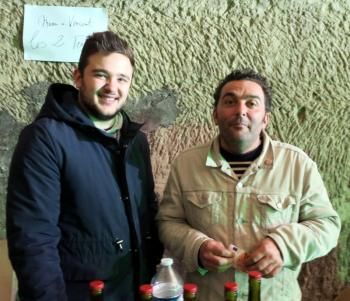 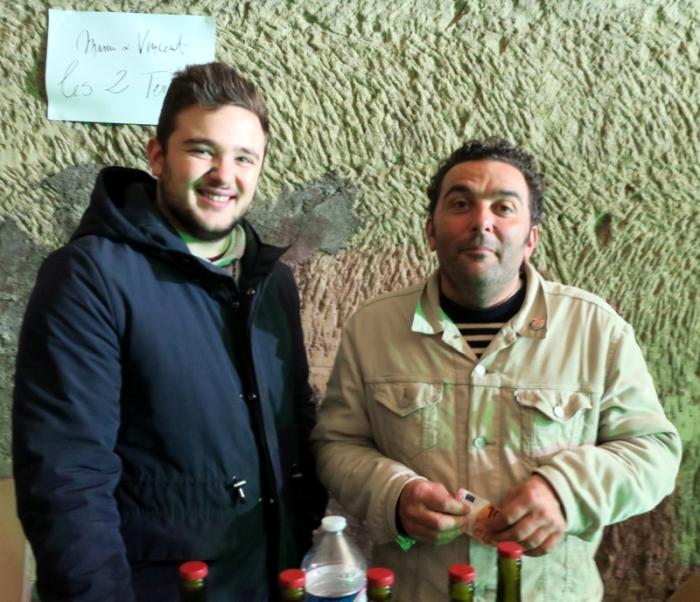 LVT 2019 r 2019 wh This is a leading address in the zero added SO2, Vin Nature set of domaines; the basalt soils play a big part in their appeal, and there is a welcome consistency in the quality of the wines across the range. It's a partnership that started in 2009, the wines IGP Ardèche for two vintages before all becoming Vin de France; Vincent is the third generation of viticulteurs in his family, attached to the Co-operative of Villeneuve-de-Berg. Manu’s family were not involved with wine, his grandfather has a small farm, just a few vines. They both went to work in the Alpilles, just south of Arles, in 1999-2000, with Vincent (who is 10 years younger than Manu) the chef de culture in the vineyards, and Manu in the cellar.

They stayed there for four years, and got going on their own account in 2009, when Manu found a small vineyard at Lussas; of its 10 hectares, three could be worked outside the Co-operative, the other 7 not. Vincent took out 2.5 ha of his family’s 13 ha, and they started with those 5.5 ha combined, with no building or cellar. They have planted vineyards since to total 13.5 hectares, split between the basalt soils of Lussas [7.3 ha] and the clay-limestone of Mirabel [6.2 ha], which stand east of Aubénas. The wines are well-fruited, and their 60% Merlot called La Reboule caught my attention, since it was one of the best Rhône Merlots I have tasted, its cause much aided by its macération carbonique fermentation: the 2018 was a **** w.o.w. wine