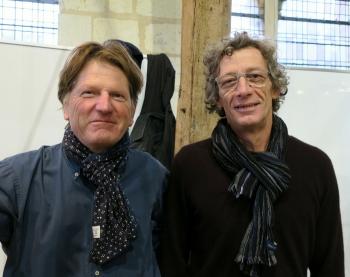 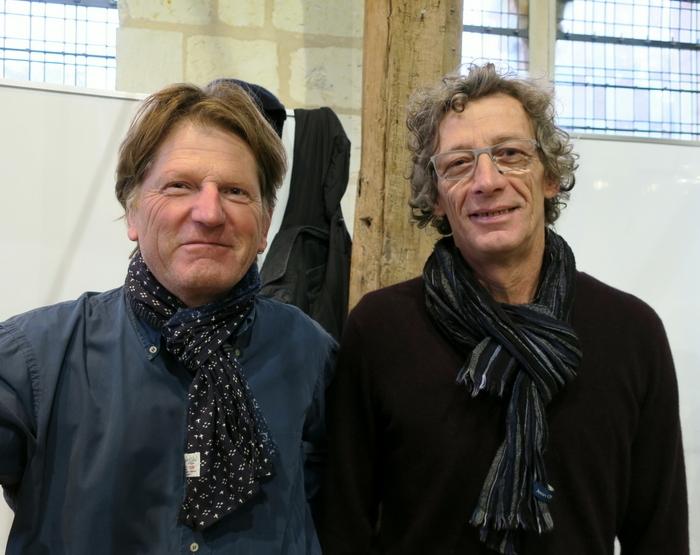 LVT 2019 r 2018 wh Biodynamic since 1997, although not on the label. It is in theory an STGT domaine. Here there is unhurried winemaking, with a good backdrop of mature vineyards, and no young oak. SO2 use is zero or very little. The wines are elegant and carry a well-founded simplicity. They offer the true appeal of Syrah from the Ardèche. The Vin de France Syrah is a VALUE wine, and in 2017 was also w.o.w. The Vin de France called Glou is made from Gamay [the use of the word Gamay hinders sales, so isn't on the label] was also w.o.w. in 2019, good VALUE, too. It is best to decant the reds, and some of the whites, before drinking. The white line-up flirts with oxiadtion, but a well managed one, with freshness on the palate. This deters some of the appellation tasting commissioners who blocked the 2015 as St Jo blanc, and in 2017 it was issued as Vin de France.

In 2017 Jean entered an association with Jacques Maurice [pictured, right], who had been a Co-operateur with the Sarras Co-op, a poorly run entity that “fused” with Saint-Désirat some years ago. Jacques has been organic since 1997, with production of apricots and some pears as well as his vineyards of 1.5 ha of St Jo Syrah, 1.05 ha of white St Jo (2/3 Roussanne, 1/3 Marsanne), 1 ha of Viognier vin de pays and 0.5 ha of Roussanne vin de pays. The first wine from his vineyard on its own was the 2017 St Joseph Halo sur le Baudet, from the site of the same name at 250 metres on the plateau at Sarras: this was a cracking **** w.o.w. wine, all peppy and live, with enough depth for a good roast lamb as well.

"I work with very little sulphur because I want the greatest multitude of yeasts to perform in the vat as I start the fermentation."
Jean Delobre

"The buyer should store my wine in a cellar with a constant temperature."
Jean Delobre

“I make whites for food, not aperitif.”
Jean Delobre

“The 2011 whites are a bit more live than the 2010s, which were rich, food wines. So the pure Roussanne 2011 could be drunk on its own this year. The 2011 reds are also less dense than the 2010 or 2009, and will provide a good glass of wine for straightforward drinking.”
Jean Delobre

“There are similarities with 2018 – 2019 is rich, powerful. We acted more prudently after the lesson of 2018, and harvested the Syrah very quickly. We did harvest some Vin de Pays Syrah at 12.5°, but they didn’t necessarily give the wine energy and foundation. The range for the St Jo was 13° to 14.5°.”
Jean Delobre