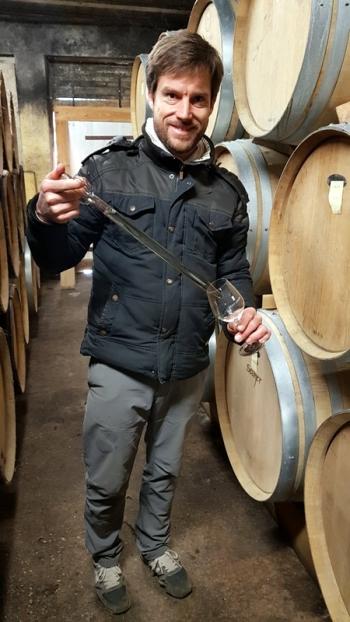 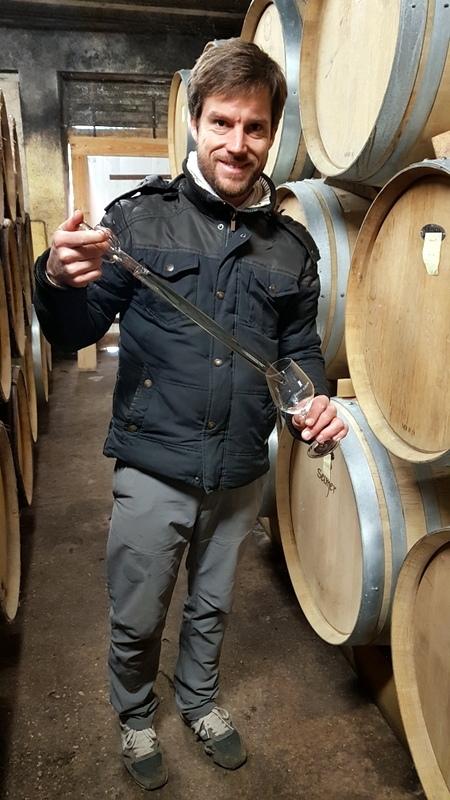 LVT 2019 r 2019 wh Sylvain Gauthier (1983), is from Lorraine, where his father Claude was an educator, as well as owning a vineyard in an area where vineyards had dwindled from 300 hectares to just six, as well as being an educator. Sylvain did studies in Burgundy, and lived in Tournon for five years with a girl whose family worked with fruits and vines.

Having separated from her, he heard about the farm at Chéminas, and set up on his own with a rented vineyard of 0.5 hectare at Sarras, old vine Syrah, in 2007, plus clearing scrubland – 0.4 ha planted at Arras in 2004 and 0.4 hectare planted at Vion in 2007 - and buying small plots – all three approaches. Between 2010 and 2015 Sylvain bought land at Ozon and Arras, and cleared it for vineyards. Sylvain now works six hectares of Saint-Joseph, 4 ha red, 2 ha white, and 0.5 hectare of vin de pays. His old vine 1930s-1950s Syrah Saint-Joseph comes from a rented 0.5 hectare on Aubert, the Trollat hillside, near the Gonons, at Saint Jean de Muzols.

The wines are calm, like Sylvain. The range is expanding quite rapidly, and things are very much on the up. The whites are especially good, both the 100% Roussanne St Jo and the Vin de France Viognier. The reds are led by a good, natural St Jo red that is essentially from Sarras in the middle part of the St Jo appellation. The Aubert is solid quality wine, **** in 2018, ****(*) in 2019, when he is introducing a 1930s only special Aubert cuvée as well, with a St Jo red from Lussas at Ozon, a young vines cuvée that contains 10% Roussanne. His limited cellar at Chéminas saw some difficulties in 2018 with the vin de pays reds, that include a 60% Gamay, though Sylvain suppressed that in 2019 [the 2018 Gamay was 16°].

“I have reduced my casks to two years’ old from 4-5 years’ old for my whites – they give more tension, freshness, minerality than the older casks which bring more heaviness.”
Sylvain Gauthier

“2018 is a very ripe year; I harvested the whites early enough to avoid heaviness. The Syrah was 14° to 15° - no red is truly sweet. I favoured pumping overs above all during vinification; the wines are quite gourmand, a bit like 2016 with a fruited, digestible style.”
Sylvain Gauthier