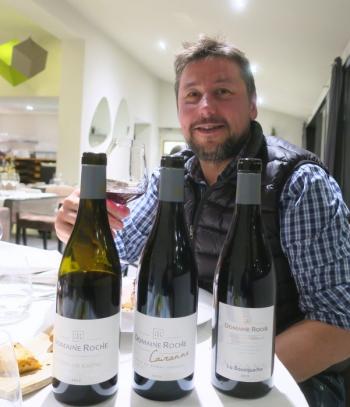 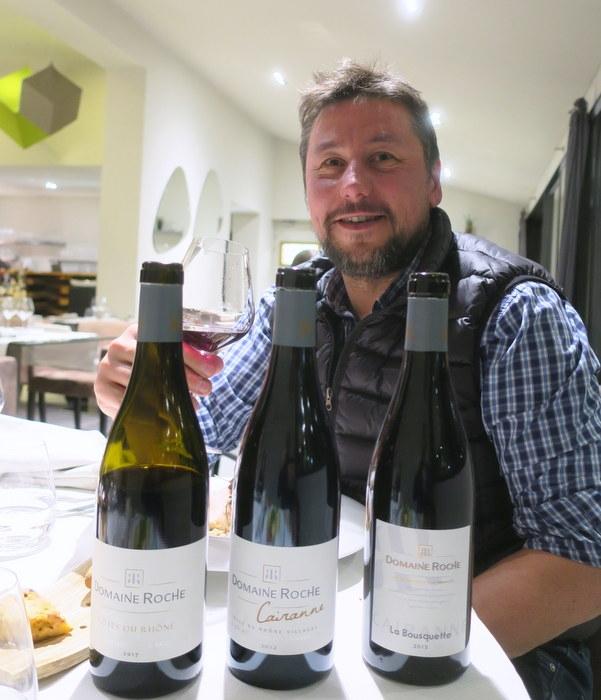 LVT 2018 r Romain Roche took over 15 hectares of his father Marcel's 45 hectare vineyards in 2009, making his first vintage then; he now looks after 20 hectares of Cairanne, notably 12 ha on the stony Les Garrigues, 6 ha on the dense grey soils of Les Combes, neighbours there including L Brusset and M Richaud. Marcel was formerly President of the Cave, while Romain's grandfather Victor was also a Co-operateur. Romain did studies at Bordeaux and in the Coteaux d’Aix-en-Provence before returning to Cairanne in 2008. He spent a year largely in the vineyards studying how they worked. His first five vintages were vinified chez Corinne Couturier at Domaine Rabasse Charavin.