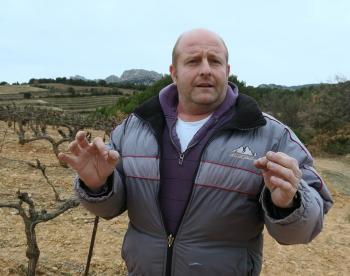 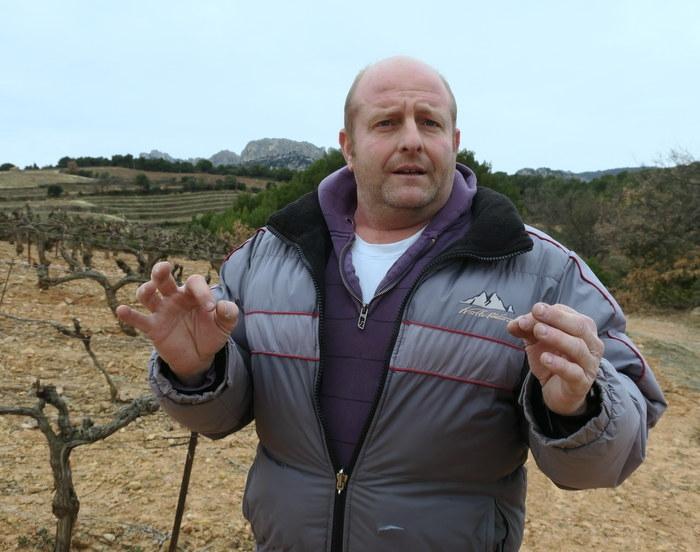 He is the sixteenth generation at Beaumes-de-Venise, the first to vinify their crop. His great-grandfather was President of the Olive Oil La Balméene Co-operative in 1925. He built a new cellar, cuverie in March 2012, when he issued his first wines.

70% of the harvest is bottled, 150,000 bottles across the various appellations, the rest [vin de pays and a bit of Côtes du Rhône] sold as Bag in the Box. The couple show at 50 Salons a year. Four generations are active on the domaine, including grandmother CHARLOTTE, aged 92.

“The frequent pumping overs over the first three days of the vinification are to obtain fruit without alcohol.”
Stéphane Meissonnier

“We have the luck that four of our five hectares of Beaumes-de-Venise are on Triassic soils, the 1er cru site; by definition, that gives a well above average wine. I vinify the four ha together, and put the other 1 ha to one side – it’s not blended in.”
Stéphane Meissonnier

“I have much reduced the use of herbicides and pesticides.”
Stéphane Meissonnier