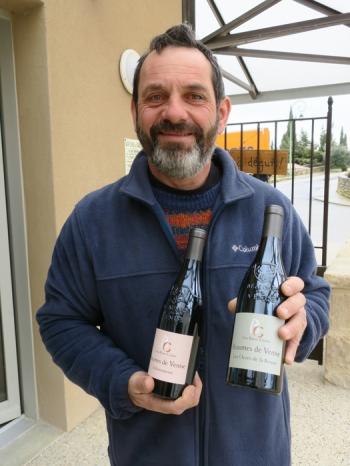 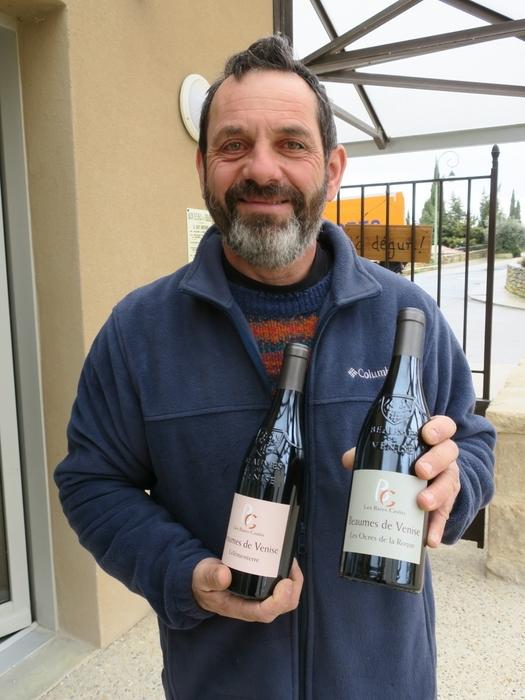 LVT 2016 r  The first vintage here was 2012. It's a name to note for those who like authentic, hand made wines. Frédéric Begouassel was previously a Co-operateur. His parents and grandparents worked with apricots, cherries, olives. His parents planted vines. His brother is Daniel Begouassel of Domaine de Beaumalric. 10 hectares of Beaumes-de-Venise, Ventoux and Vin de France spread across La Roque Alric and Suzette at Beaumes-de-Venise (6 ha), and at Le Barroux (Ventoux, 4 ha). Vineyards between 250 and 400 metres. They also make olive oil, and run two holiday lets. There are two Beaumes-de-Venise reds, one Ventoux red, and a Vin de France white. The Beaumes L’élémenterre red was a **** STGT wine in 2016. The Les Ocres de le Roque Beaumes red is the old vine wine. It was a ****(*) wine with great natural virtues in 2016. The style is traditional. The 2015 Ventoux Les Terres Rouges was a really good grass roots Ventoux, natural and well filled, **** wine. 60% of the production is sold in bulk, 40% bottled.

“I worked organically until 2016, but stopped because it was difficult to work the soils.”
Frédéric Begouassel

“After leaving the Co-operative, I am happy to have my own domaine. Being referenced at Restaurant Troisgros in Roanne and in other Michelin starred restaurants in Paris is satisfying.”
Frédéric Begouassel

“I want to make wines that are gourmand, to be drunk simply; I don’t seek extraction or over-ripeness of the crop, I want wines that people really want to drink, with everyday dishes, reds that are OK for vegetables, too.”
Frédéric Begouassel